Israeli Protest In Front Of The Turkish Embassy Tonight

Following recent events at sea, and especially Turkey’s reaction to these events, many Israeli groups are coming together in protest against the attacks on the IDF and its conduct.

One such demonstration is set to take place tonight in front of the Turkish Embassy in Tel-Aviv, for those intersted details in Hebrew are below. 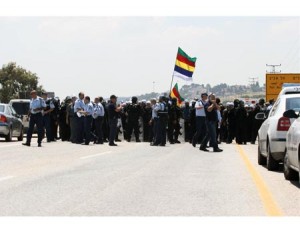